Wednesfield fc hammers u16s are looking for a goal keeper of good standard for league div 1 to strengthen our team and to develop the player.
Training sat morning matches sunday afternoons.
If interested please contact paul cottee manager on 07952 658032 or paul.cottee68@gmail.com

Silverdale u16s are looking for a striker to strengthen our squad, we want a striker who is hungry for goals, a player that reads the game, a hidden talent who can and wants to better his game.
We have always been a team that likes to play football and our past seasons have proved that. We are currently doing well in div 1 and also in all cups with our sights aiming high. 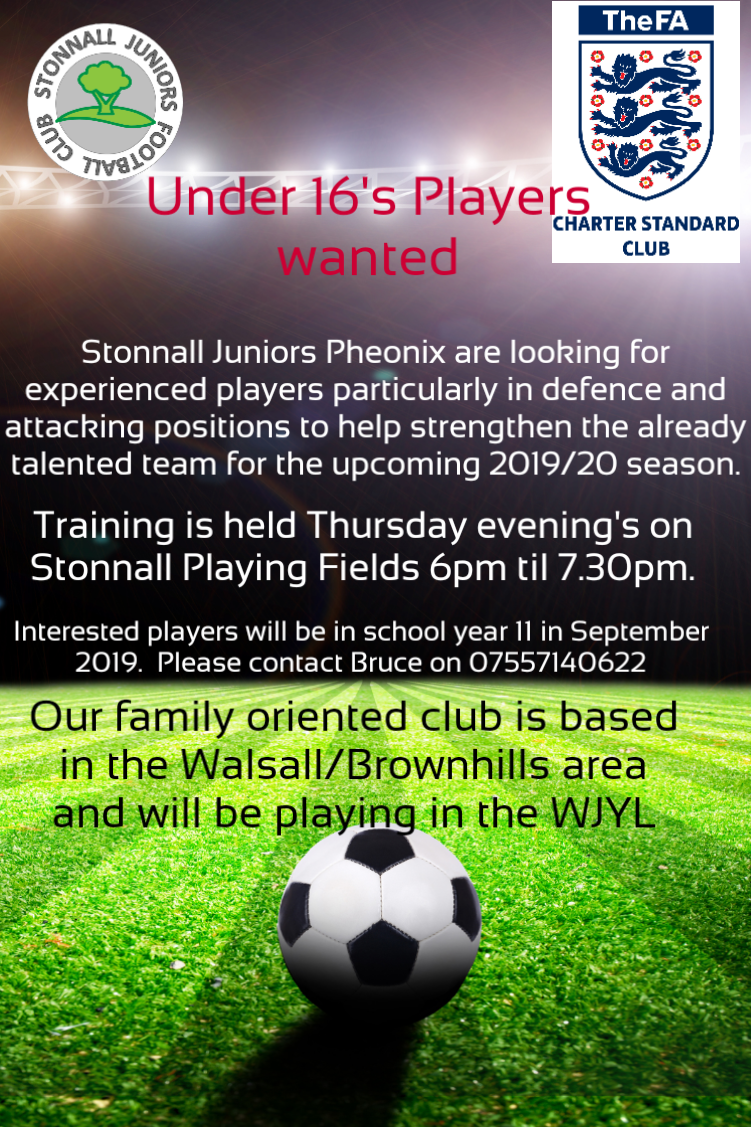 Silverdale JFC u16s. We are looking to strengthen our squad, we are looking for 2/3 outfield players that fancy a change and a challenge.  We aim to improve players ability to read the game, technical ability, decision making and most of all
enjoying the game We are training Sunday’s at silverdale 10.15 if anyone interested call jase on 07970677662 for more info.