LA Cobras under 13’s are looking for established players to strengthen our squad. Looking for defensive players and midfield players.

We play in the Walsall League, Division 2. Winter training is in Wednesbury, on Tuesdays. Sunday home matches are in Kingstanding.

We are currently looking for new players with match/league experience for all positions to join our established team. We are a friendly group with a good team ethic and we train on a Friday. If interested please contact Stuart (07896 715071) or Suk (07958 630495)

Bloxwich Rangers u13s are looking strengthen their existing squad. All positions are considered so if you’re sitting on the bench week in week out come and give us a try. We’re a friendly team with a manager who’s been coaching for 20yrs. We currently in Div2 if interested contact Bal 07540143670

Holy Name Manor U13s (yr8) are looking for players to strengthen their team. Great Barr based, train in Walsall Wednesday nights with UEFA B License Coaching, please contact Jim on 07951 812593. 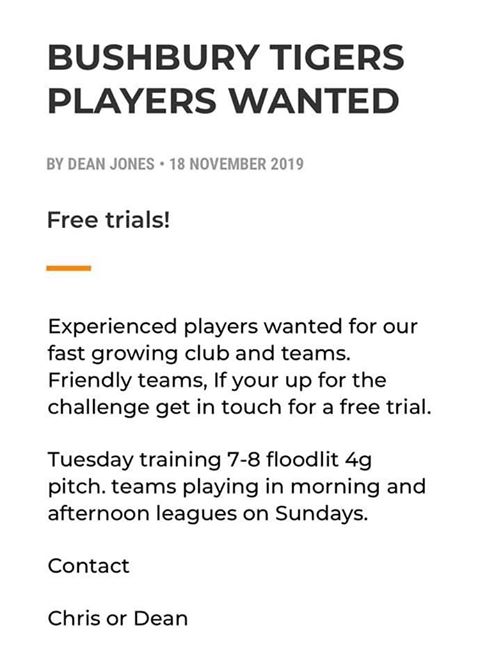 COLRON under 13s – are looking for new players to strengthen our existing team. We currently compete in the Walsall Junior League. We aim for players to enjoy playing but also encourage players to work hard for each other to help develop as a team. Passing and fitness are the main part of our weekly training schedule. FA qualified and DBS checked coach. We train on tuesdays from 6:30 – 8pm and play matches on a sunday morning at 10:30am. 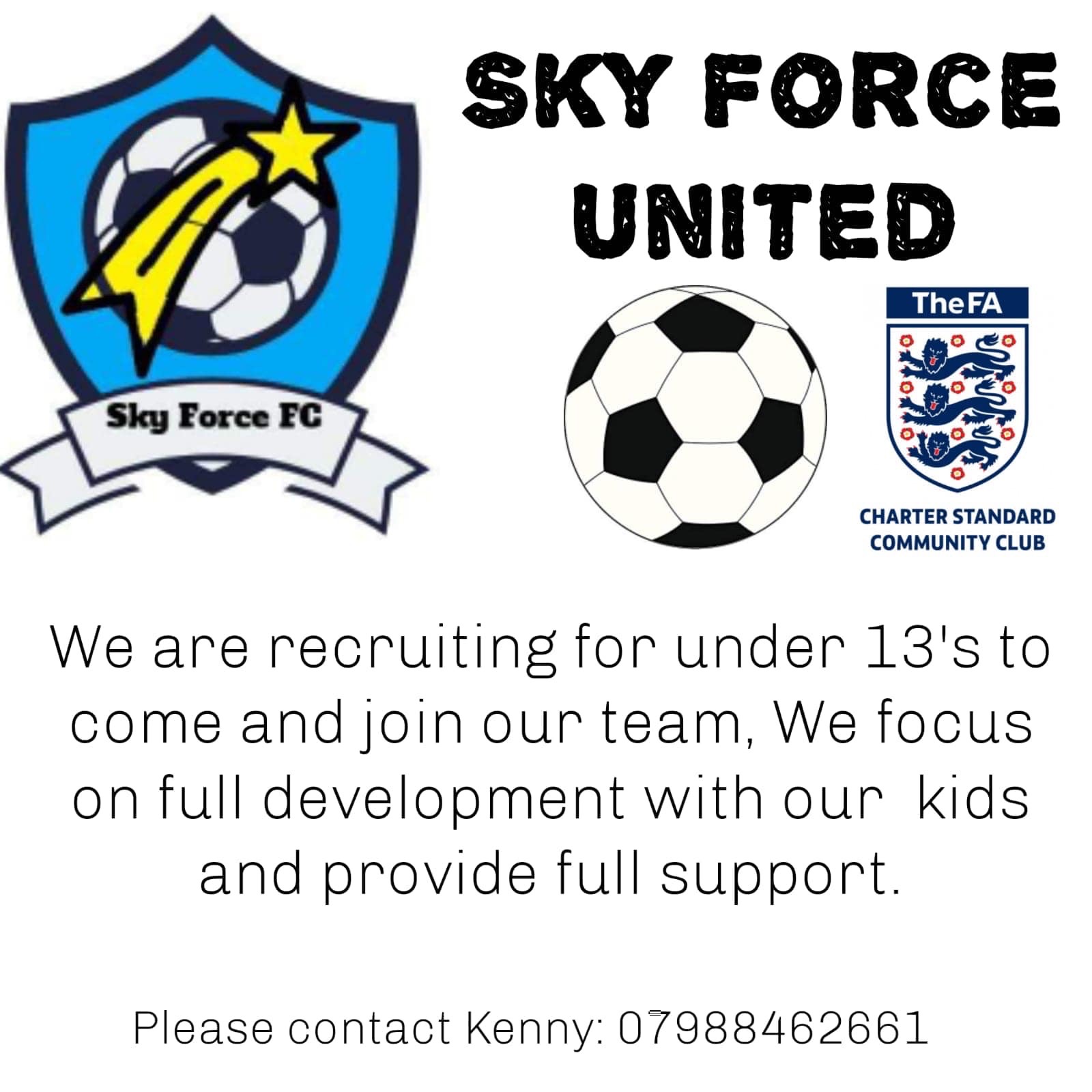 Having moved from 9v9 to 11v11 both of Four Oaks’ U13 teams, Phoenix & Lions, are looking to add players to their existing squads. All home games will be played at the clubs newly acquired ground at Mill Green, Chester Rd, Aldridge. Our teams operate an equal playing time policy, while all team coaches are FA certified and have the appropriate DBS clearances etc. If your child is looking to join a forward thinking and long-established (50+ years) club then please contact Steve on 07415 649643 or steve.4oaks@btinternet.com.