We are a Wolverhampton based team registered with Walsall Junior Youth League. We require players the current season, so if your lad is looking for a new team, please get in touch 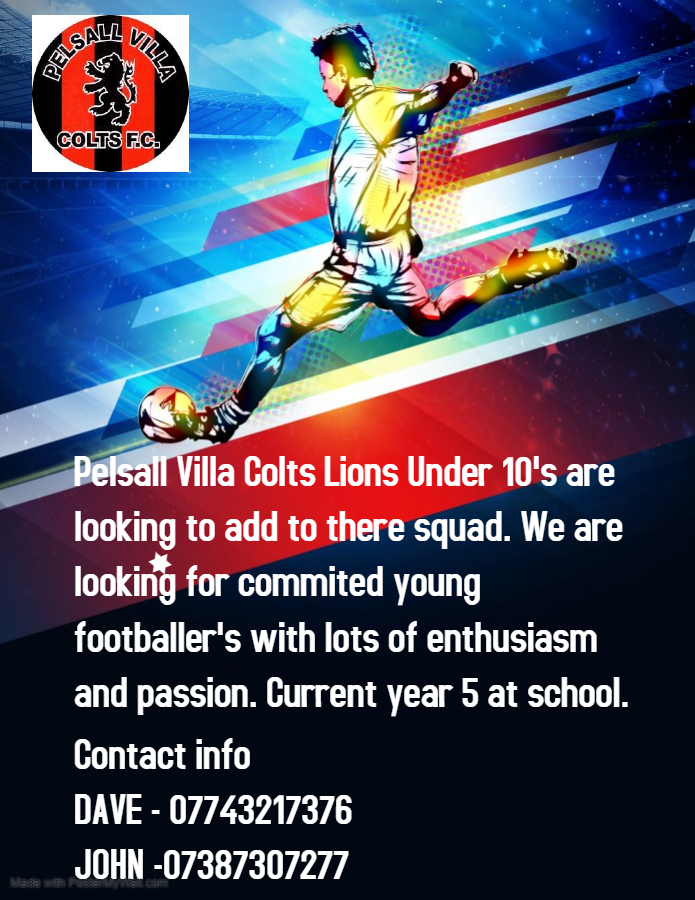 We are a Wolverhampton based team registered with Walsall Junior Youth League. We require players for the new season (2019-20) so if your looking for a team for your child (Year 5 at school) please get in touch (07968 795311)