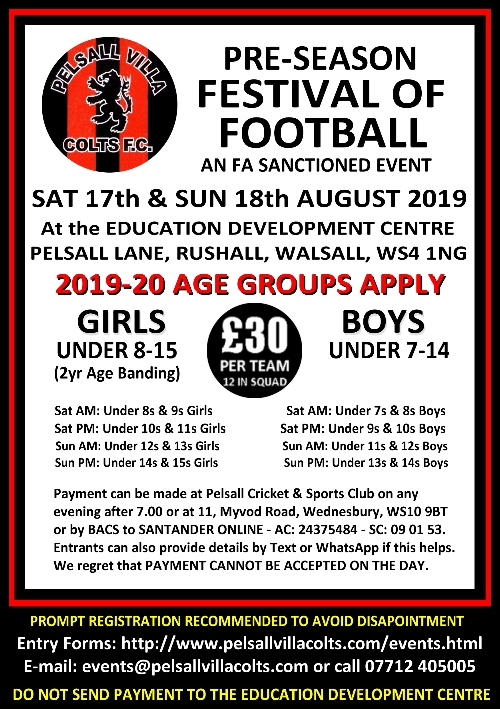 After another huge success we are pleased to announce the date of this year’s football tournament and as you applied last year we are giving you the opportunity to apply first. The tournament has built a reputation as one of the best organised tournaments in the midlands with excellent pitches.

Applications will be accepted on a first come, first served basis and only when an application form and payment has been received. Places are limited and fill up quickly so please apply early to avoid disappointment. Entry is frozen at £35 and cheques are to be made payable to Brewood Juniors FC. For payment by Bank transfer, email me for details.

Tournament will be played on Sunday 26th May 2019 at Wednesbury

Cricket Club, WS10 9QL –  For booking form and tournament details Please contact Lee Baker on 07764733860 or email him on lee.b4ker@hotmail.co.uk